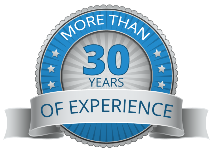 In August of 1986, Mac left Mulhollen and Associates and moved to Fayetteville, AR to attend the University of Arkansas to further his development in the field. Mac returned to Jonesboro and began working for Mullhollen and Associates again in December of 1989, where he took charge of field operations involving boundary surveys, construction stakeout, and engineering design involving subdivisions and public works such as streets, water distribution and sewer line placement.

In September of 1997, Mac parted ways with Mulhollen and Associates and went on to something better working as a Project Manager for Associated Engineering and Testing, also located in Jonesboro, AR. With them, Mac directed the process of developing sites from the design process to the completed as-built phase. Mac worked for Associated Engineering and Testing until May 4, 2001, when he decided to start his own business in the field.

Currently offering civil engineering and land surveying services in the Northeast Arkansas and throughout Arkansas, Mac is the owner of McAlister Engineering, providing a wide array of services to the public. For a complete list, see the "Services" section found to the left. 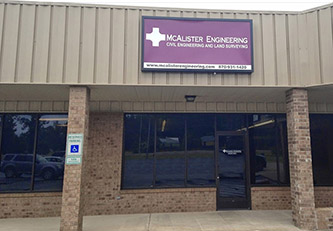